The group was formed in 1995 in Västerås / Sweden. Among their influences were bands like Operation Ivy, The Clash, Bad Religion, Stiff Little Fingers and Social Distortion and it didn’t take long before people started taking notice of their energetic live shows.

Bombshell Rocks released their debut album ”Street Art Gallery” in 1999 on Burning Heart / Epitaph Records, They went on to release two more albums ”Cityrats & Alleycats (2001) and ”From Here And On” on both labels. The band played over 150 shows in 1999 alone and continued touring in the following years with bands like Dropkick Murphys, Millencolin, US Bombs and 59 Times The Pain all over Europe and North America, also supporting main acts like Blink 182 and The Offspring.

In 2003 Mårten Cedergran left the band to focus on a career as a tattoo artist but approximately ten years later, in 2012, the band announced that Mårten was back as lead vocalist and frontman. They followed up with a new full-length album in 2014 on Burning Heart Records / Pirates Press Records called ”Generation Tranquilized”. The following year they were invited to play main stage at Punk Rock Bowling in Las Vegas and went on their 3rd Japan headline tour.

2021 and forward:
This whole pandemic kind of made us see things from another perspective and we are exited to meet the audience and feel that connection again. Even if it’s not on a regular basis we wan’t to take time every now and then to do what we love, play simple and pure punk rock music. And who knows what the future holds, maybe new music aswell?!

No shows booked at the moment. 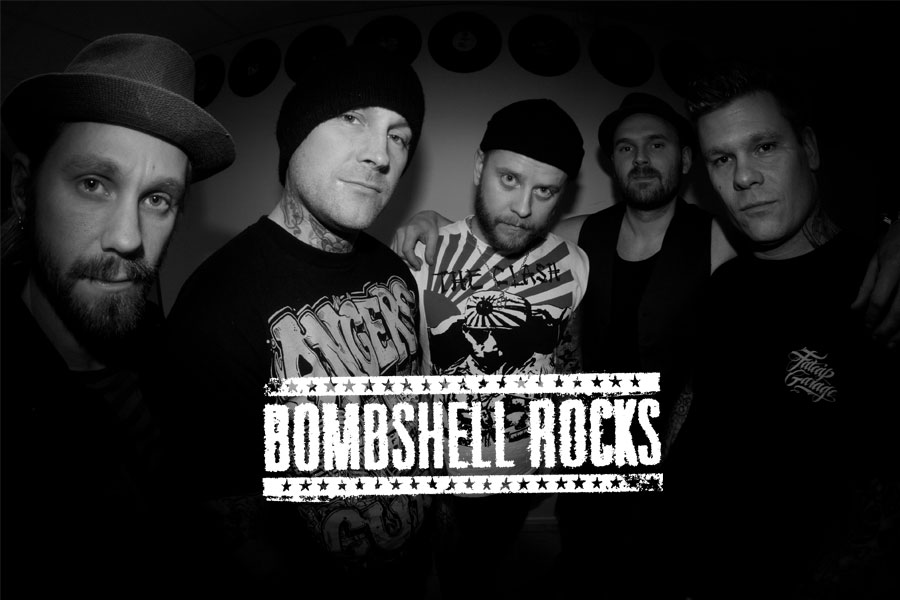 BOMBSHELL ROCKS will return to live shows! The swedish street-punk legend got confirmed to play SBÄM Fest in Linz, Austria […]